Eating Out In India 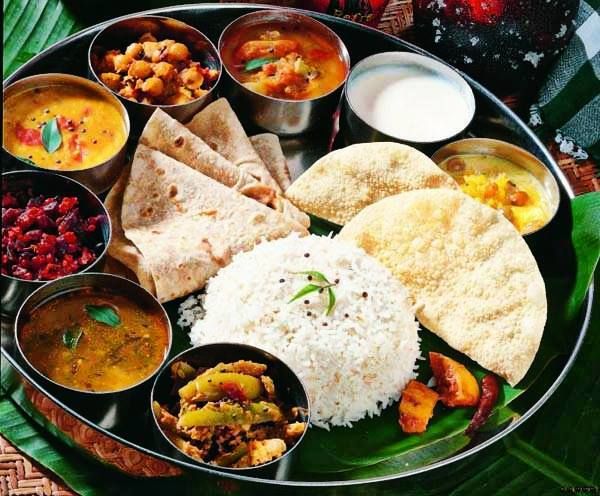 Indian meals are one of the indistinguishable parts of the culture. You can see a plenty of restaurants serving international cuisine, fast food, and regional specialities. There are numerous cafés and food stalls, especially in market areas—these are especially popular with locals looking for a small snack in between meals. If you choose to try out street food, be wary of hygiene issues—look for stalls popular with families and avoid shaved ice or anything containing cold water. India is also a haven for vegetarians, with plenty of pure-veg restaurants that don’t serve any meat, fish, poultry, or eggs. Even "non-veg" places usually have delicious meatless options.

American fast food is widely available in larger cities, most of which have branches of McDonald's, Pizza Hut, and Domino's Pizza. Nirula's is a well-known fast-food chain in Delhi and other points in the north, and they serve Indian fast food, burgers, and ice cream. In villages and smaller towns across the subcontinent, such eateries are nonexistent. In that case, an order of plain bread such as naan and lentils may be just the ticket.

Indian meals usually consist of cornflakes and many Indians start their day with it. Though, traditional breakfasts are much heavier. They can consist of any of the following South Indian foods: idlis (steamed rice and lentil cakes) with chutney; rasam Wada(deep-fried lentil fritters served with a hot, spicy watery lentil curry); dosas (a crisp pancake, made with a fermented ground-rice-and-lentil batter); upma(light semolina, also known as farina, with vegetables); or aloo poha (spicy potatoes mixed with rice flakes).

Normal Indian meals has some rice or bread, served with spiced vegetables, meat and lentils. Other items in meal include chaas(spiced buttermilk), lassi (a sweet or salty yoghurt drink), pickle, papad (a deep-fried or dry roasted savoury wafer made from lentil or rice), chutney, and raita(spiced yoghurt). A sweet, usually very sugary and milk-based, is the last course. At the end of the meal, you will get a paan (a stimulating concoction of sugar and various spices in the leaves of the betel pepper plant), supari (plain betel nut), rock sugar, as a breath-freshener/digestive.

Snacking is also popular in Indian meals, and common threats include samosas, white-bread sandwiches, jalebis (deep-fried bright yellow flour fritters soaked in sugar syrup), and the fudgelike milk sweets. Masala chai (spiced milk tea) and ginger tea are extremely popular and are often consumed four to five times a day. But as you go south, coffee becomes increasingly important which is boil-hot, creamy, and foamy (sort of like a sugary latte).

Most restaurants, except for big cities don't require reservations. We only mention reservations when they are essential. For popular, high-end restaurants, book as far ahead as you can (often 30 days), and reconfirm as soon as you arrive in India. (Large parties should always call ahead to check the reservations policy.)

Very few restaurants require formal attire. By and large, India is very casual about dress codes. However, certain clubs do not allow anyone—even during daylight hours—to wear shorts or men to wear sandals.

Alcohol at luxury hotels is vastly marked up. Consider buying your own liquor and having it in your room—you can always call room service for glasses and mixers. If you're a woman travelling alone, drinking in your room is probably a better option in any case.

Indian customs may appear prudish toward drinking—but open a bottle and you may make some instant friends. According to proper Indian etiquette, alcohol out from many occasions. When you visit someone's house they may not offer a drink even in the evening, and the strongest beverage you may get is tea. At some Hindu and virtually all Muslim weddings and at festival time, alcohol may not be served. Women are infrequent drinkers, at least in public. Don't be surprised if you encounter quite a few male teetotalers.

India produces many kinds of liquor, and exorbitant duties make imported spirits unaffordable to all but the wealthiest of its citizens. Its locally produced versions of international brands of rum, vodka, and gin are adequate but generally unmemorable. The sweet local redrum, Old Monk, is worth a try. Kingfisher beer is ubiquitous, refreshing, and bland. With every year more and more Indian wine is produced, and much of it is good, although not overly complex. Scotch whisky is by far the most popular kind of hard liquor in India: Director's Special is a mild and reliable brand.

Dry days- When alcohol isn't available anywhere in the country—which is, January 26, August 15, October 2 and on certain festival dates. Some states observe additional dry days, which are usually on or around election days; others prohibit everything but beer.